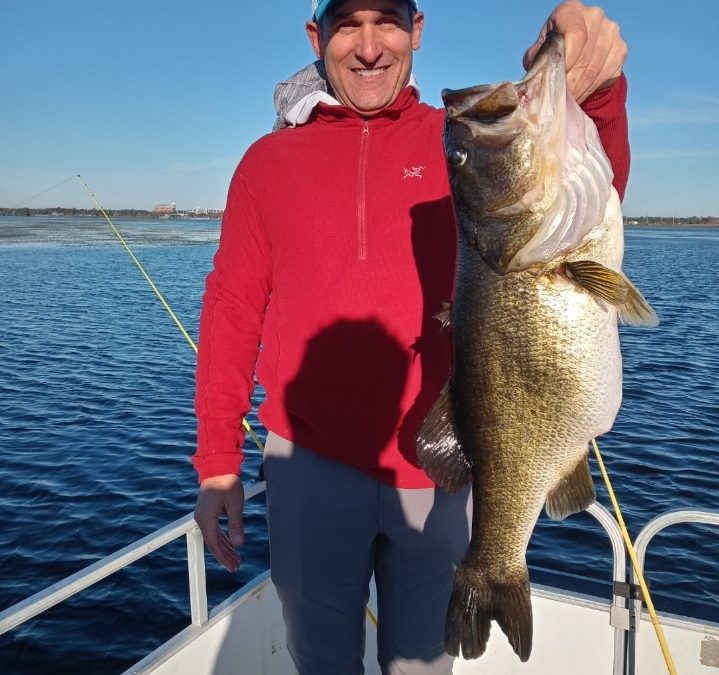 What bass feed on?

Large-mouth bass are found in lake, streams, rivers, and ponds. So, bass begin their lives and a male. As they mature they become female. The juvenile fish feed on smaller bait fish, shrimp, and insects. The adult fish will feed on bigger prey as shad, water birds, and alligator hatching. They mainly feed in the morning and late afternoon. Those are the best times to fish.

Spawning happens in the spring season when the water temp first holds steady at 60 degrees. In the southern states like Florida this occurs in March but ends in June. The males create the nest by moving debris from the bottom of the water. The nests are usually twice the length of the male because the female is much larger than the male.

How to locate large-mouth bass?

The best way to fish for the adult large-mouth bass is to find schools of shad and shiners. They are typically located under structures. The less structure in open water the better the bass are able to see their pray. Largest black bass AKA large-mouth bass was caught in Georgia in June 1932 on Montgomery Lake by George Perry weighing 22.4 pounds. Book your charter with Horizon Fishing for your chance to catch your trophy fish. Horizonfishing.com

The large-mouth bass has been introduces into many other regions because of its popularity as a sport fish. These fishing tournaments have every level of competitions. So, they start from elementary school up til a senior program. Bass-masters is one of the most popular clubs to competitively fish in. They represent mostly southern anglers in the pro-circuit. They fish for large amounts of prize money.

If you would like your chance to catch your fish of a lifetime please select the book now button. BECAUSE your time is now. Lake Toho and Lake Tarpon are available now!!  www.horizonfishing.com send us a text or call 727-644-6996 or 407-433-5108 or email us at horizonfishingoffice@gmail.com